The Wild Beasts of Wuhan 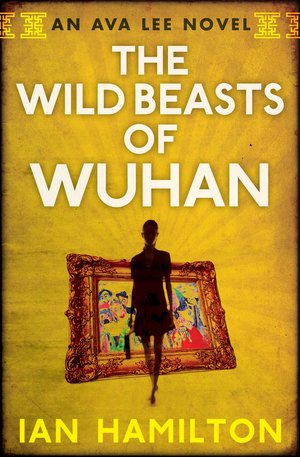 Ava is back, and she is tougher than ever as she uncovers the secret world of art fraud, in the third book in the wildly popular and best-selling Ava Lee Series.

In The Wild Beasts of Wuhan, Uncle and Ava are summoned by Wong Changxing, "The Emperor of Hubei" and one of the most powerful men in China, when he discovers that the Fauvist paintings he recently acquired are in fact forgeries.

Ava uncovers a ring of fraudulent art dealers and follows their twisted trail to Denmark, the Faroe Islands, Dublin, London, and New York. But the job is further complicated by Wong's second wife, the cunning and seductive May Ling, who threatens to interfere in Ava's inestigation.

Will Ava find the perpetrators and get the Wongs' money back? Or will May Ling get to them first?
Buy from Canada
Buy from US

Praise for The Wild Beasts of Wuhan

"An intelligent kick-ass heroine anchors Canadian author Hamilton’s excellent third novel featuring forensic accountant Ava Lee (after 2012’s The Disciple of Las Vegas). Uncle, her business partner for more than a decade, summons Ava, a Canadian of Chinese descent who makes her living by chasing bad debts, to Hong Kong to meet with the most powerful man in China’s Hubei province, Wong Changxing. Wong has just learned that 17 Fauvist paintings he collected over the years from the French art movement are apparently fakes. Irate at having been cheated out of million, Wong and his wife, May Ling, want Ava to find those responsible for the fraud and “make them pay in some other way” than financial restitution. Ava’s skeptical that she can do so, but begins a globetrotting series of inquiries to try. Clearly conversant with the art world, Hamilton makes the intricacies of forgery as interesting as a Ponzi scheme."
- Publishers Weekly
"Cutting edge crime novels.”
- BBC.com
“With its exotic settings (from Asia to America and places in between) and its equally exotic investigator, this book is miles from the ordinary. The main character, Ava Lee is the 'whole package.'”
- Minneapolis Star Tribune
“You haven't seen cold and calculating until you've double-crossed this number cruncher. Another strong entry from Arthur Ellis Award-winner Hamilton.”
- Booklist
“One of my favorite new mystery series, perfect escapism.”
- Sarah Weinman, National Post
“Ava Lee is tough, fearless, quirky, and resourceful, and she has more—well, you know—than half a dozen male detectives I can think of.”
- Linwood Barclay, author of No Time for Goodbye
“Ian Hamilton really knows his stuff, offering intriguing insights into a secret world and a heroine as fascinating as she is fierce. A fantastic read, I can't wait for the next one.”
- Simon Lewis, author of Bad Traffic