The Two Sisters of Borneo 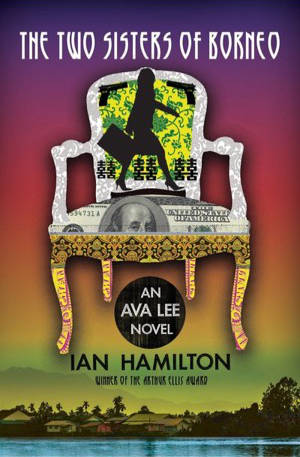 Ava has been in Hong Kong looking after Uncle. She has also set up an investment company with May Ling Wong and her sister-in-law, Amanda Yee. One of their first investments — a furniture company owned by two sisters in Kota Kinabalu, Borneo — runs into immediate problems with a Dutch customer. Ava goes to the Netherlands to investigate, but her life is threatened when she is confronted by a gang of local thugs in Borneo. Out of the shadows comes a mysterious man from Shanghai . . .
Buy from Canada
Buy from US

Praise for The Two Sisters of Borneo

"Like James Bond, Ava Lee is a debonair jet-setter who’s cucumber-cool in crisis situations and unflinchingly ferocious when circumstances dictate. Unlike 007, Lee is a Chinese-Canadian lesbian forensic accountant with strong personal ties and a brilliant mind for sniffing out crooked multinational business deals. The Two Sisters of Borneo is the sixth novel in Canadian writer Ian Hamilton’s singular mystery series. But it’s a fun, fast read on its own merits, rich with atmospheric details of its myriad settings: Hong Kong, Amsterdam, Toronto and the island of Borneo. Lee has spent several relatively uneventful months in Hong Kong, sharing a daily meal of congee with her ailing mentor, Uncle, and hammering out the details of her new multimillion-dollar partnership with friends Amanda and May. When one of the women’s first deals unravels in spectacular fashion, Lee must draw on all her formidable skills to salvage their hefty investment and save her loved ones—and herself—from ruthless villains. Hamilton’s background as an international businessman, journalist and diplomat imbue his high-flying plot with satisfyingly tangible details."
- Apple Books Review
"Ian Hamilton’s great new Ava Lee mystery has the same wow factor as its five predecessors. The plot is complex and fast-paced, the writing tight, and its protagonist is one of the most interesting female avengers to come along in a while. "
- Lesley McAllister, NOW Magazine
"…the series as a whole is as good as the modern thriller genre gets."
- The Cord, David Worsley
"entertaining series"
- Athena McKenzie, Zoomer